Innosiris is working in the field of object recognition (particles, bubbles, droplets, etc.) in fluid streams for several years. With the OILPAS-System Innosiris developed a highly innovatie and unique solution for the field of object recognition in fluid streams. OILPAS, an online-measurmentsystem, is using a CCD-Chip and image processing software. This technique allows to measure objects in their true size (pixels), without the calibration procedures that are nessecary when using other particle counters.

The OILPAS-System is capable of detecting particles, bubbles and droplets in Fluids (for example Lubricating Oils, Hydraulic Liquids, etc.) including sizes beginning with >1 μm in regard to Particle Standards ISO 4406, NAS 1638, SAE AS 4059. 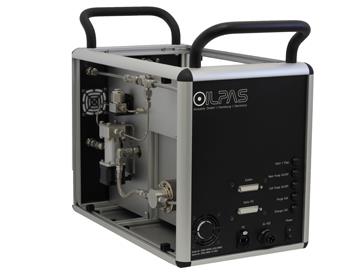 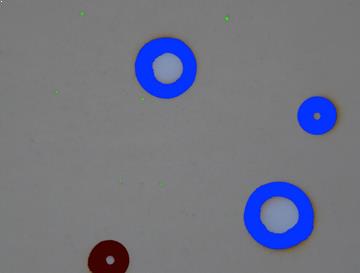 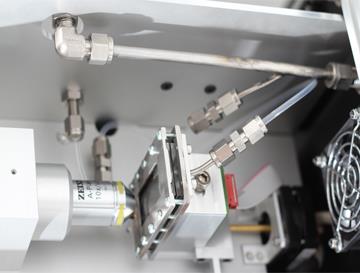 The measuring principle is based on the optical image of particles from a thin liquid film in a flow cell and the automatic recognition and characterisation by means of picture recognition algorithms. Particles ranging from 1 μm and up to 300 μm of diameter can be measured.

A small fraction of the extracted partial flow is continuously led through a flow cell and is captured by means of a flash and a lens system in variable intervals on a CCD. The capture rate mainly depends on the application, its maximum is 1 Hz.

A software package visualises a picture preview, the picture as well as its evaluation. In the first step a background is calculated and potential objects (particle, bubbles, droplets, etc.) are recognised during the evaluation.

In the third step the potential objects (particles, bubbles, droplets, etc.) can be characterised and categorized using their properties. Objects (particles, bubbles, droplets, etc.) whose picture is too inexact for a reliable characterisation are not evaluated. Furthermore air bubbles or vague soiling can be distinguished from wear particles. Wear particles can be divided in different size or shape classes. Depending on the user\’s requirement, results of the evaluation for multiple captures can be shown as statistical distributions, as temporal distribution or as a combination of both.

The system OILPAS can be used in real time operation for various considerations. Using temporal distributions of the characteristics of wear particles in the lubrication material e.g. statements about the run-in behaviour of new motors or motor components can be deduced; events leading to increased wear can be allocated on the time bar or wear limits for the protection of the machine can be controlled. 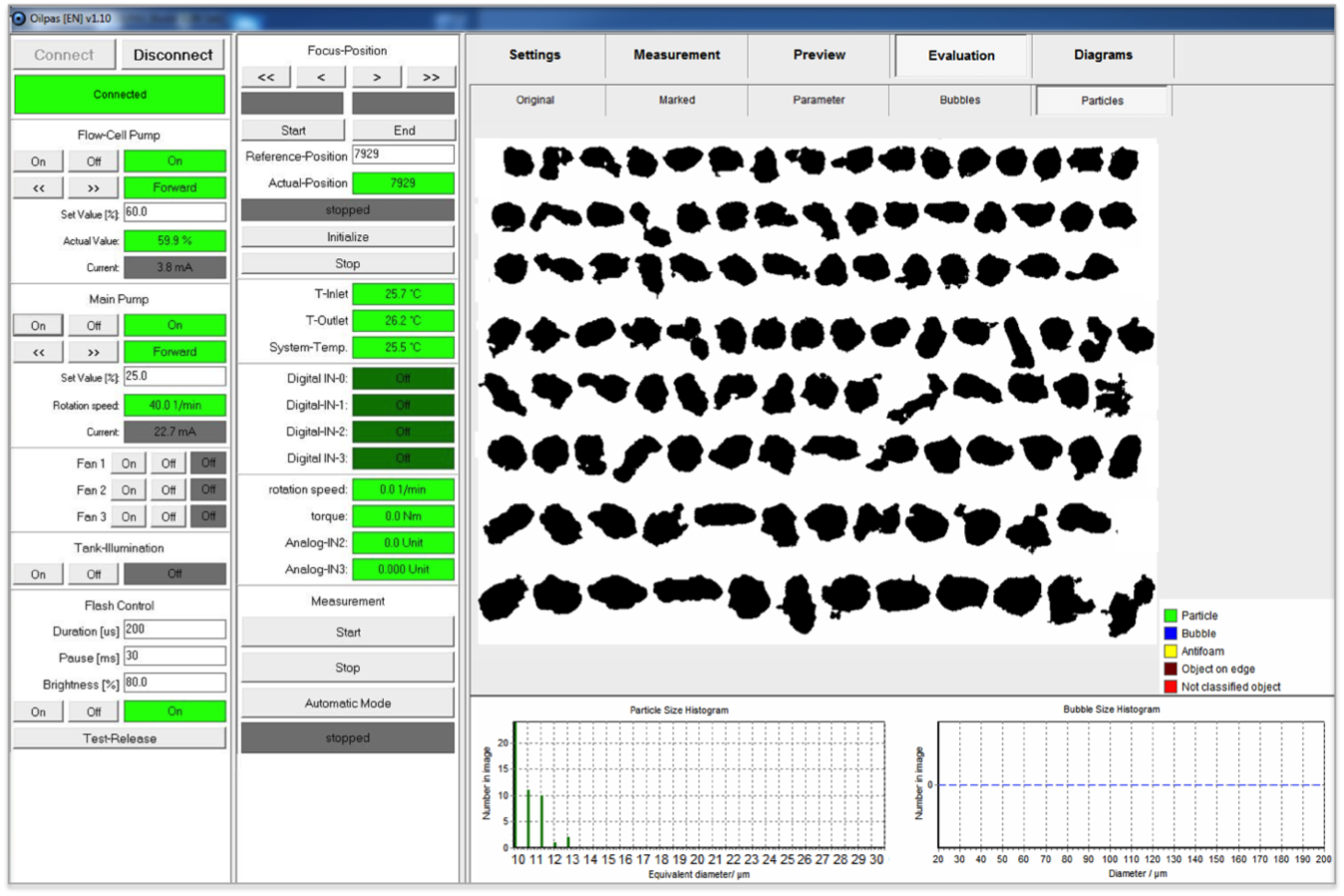 The first screenshot is showing a particlemap during an online measurement. From the shape of particles one can determine the cause of thier apperance. 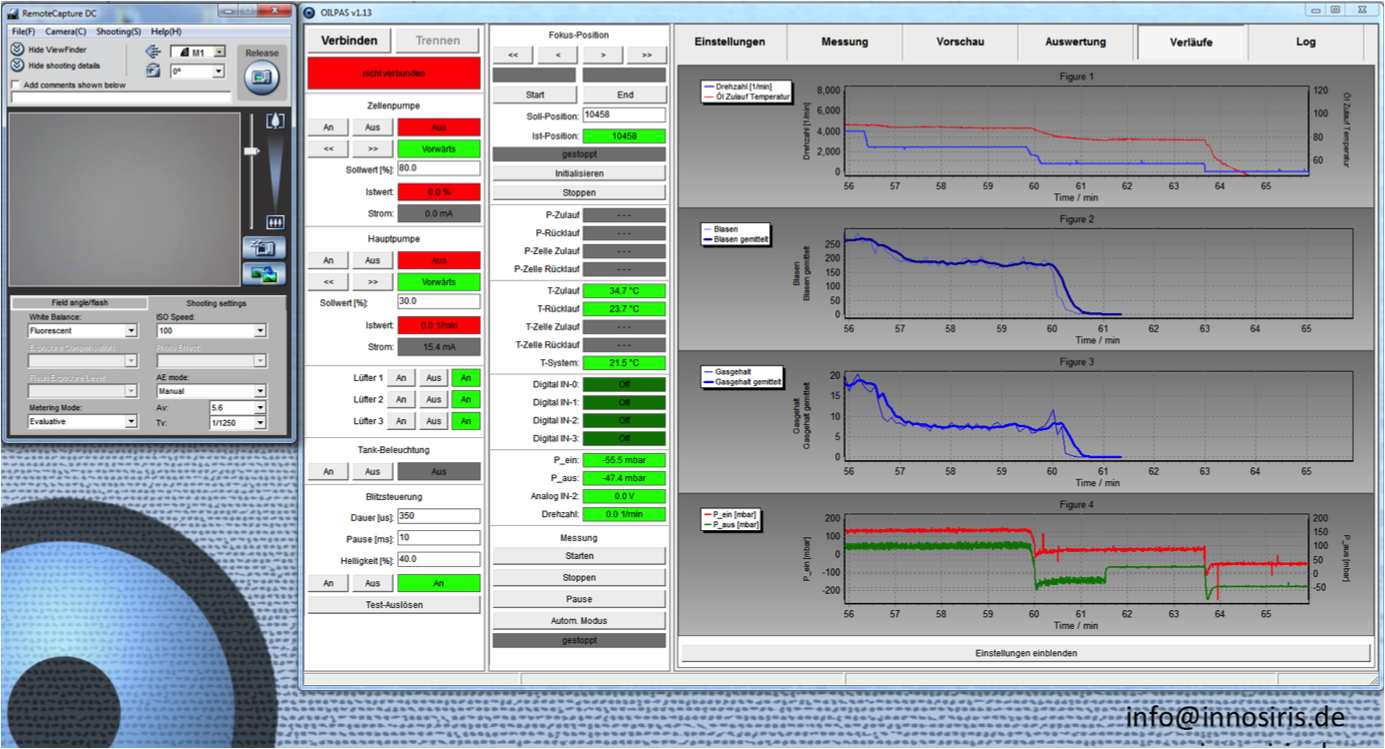 The second screenshot shows the end of a foaming measurement of an engine. During the measurement the parameters speed in RPM, temperature, bubbles per image, gascontent in % and the pressure in the Flowcell were monitored. Particle signals have not been observed.

Note: The mentioned parameters and possibilities are depending on the used fluid / Oil and the coumputer system.